To be the preferred health services provider in the SADC region.

Currently we are focusing on re-equipping the hospital, rehabilitation of infrastructure and continuous improvement in patient care.

The United Bulawayo Hospitals is situated in the Eastern part of the city of Bulawayo. It is one of two principal referral centres for the Southern part of the country. The hospital also serves as one of the two referral centres for an urban population of about one million. The United Bulawayo Hospitals was opened in 1937 at Khumalo as an extension of the Old Memorial Hospital.

The new hospital then, catered for the European patients (Maternity) and in 1943 a General wing was opened.   At independence the number of beds was 300 and at present it is 650 beds. Currently there are plans to extend the hospital, which will be done in different phases funds permitting.

It is one of the six Central Hospitals in Zimbabwe, others being Mpilo, Ingutsheni, Harare, Chitungwiza, and Parirenyatwa. UBH services Bulawayo Metropolitan Province, Matabeleland North and South Provinces, Masvingo and Midlands Provinces. 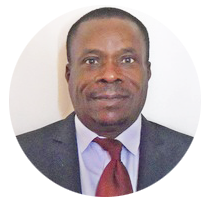